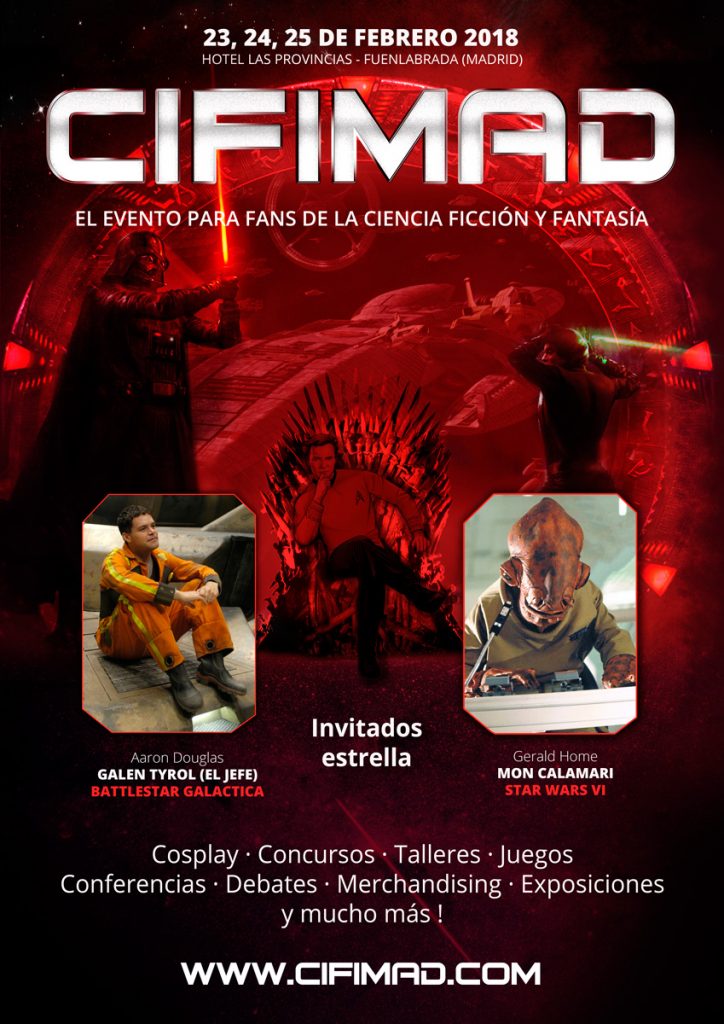 In 2018 we added more fan groups to our list of friends and collaborators: Echo Base 28th Elite Forces, Asociación de la Comunidad Fan de Indiana Jones, HoloRed Estelar Sevilla, Astromech Madrid, Nereid arts and crafts, and the cosplayers Sariiit & Ekkokia. We have to highlight the presence of Astromech‘s full size, fully functional R2 and Chopper droids – they caused a sensation! 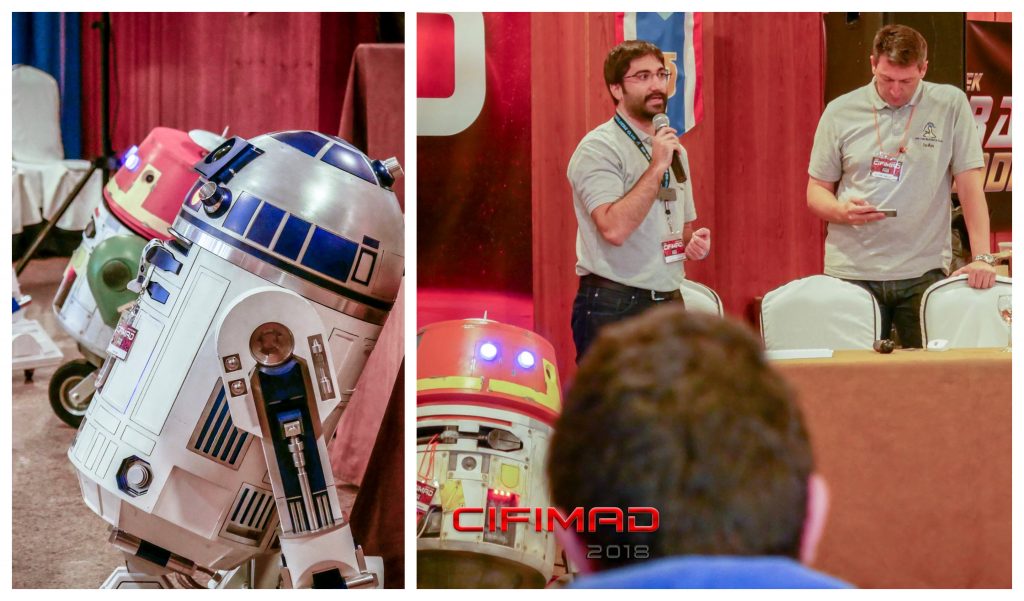 This year marked the first time that we had a repeat guest: we had such a great time in 2011 with Aaron Douglas (Battlestar Galactica, Dirk Gently) that we were looking forward to invite him again, and this year being the 15th annniversary of the reimagined series, it was the perfect time. Aaron and his wife Jenny didn’t disappoint and charmed everyone with their niceness and sense of fun.

Star Wars was represented by Gerald Home. Gerald played two alien creatures in Return of the Jedi: Tessek and the Mon Calamari officer; he treasures a huge amount of information about the making of his scenes, and he is extremely willing to share it. All fans were delighted with his conversation and stories. 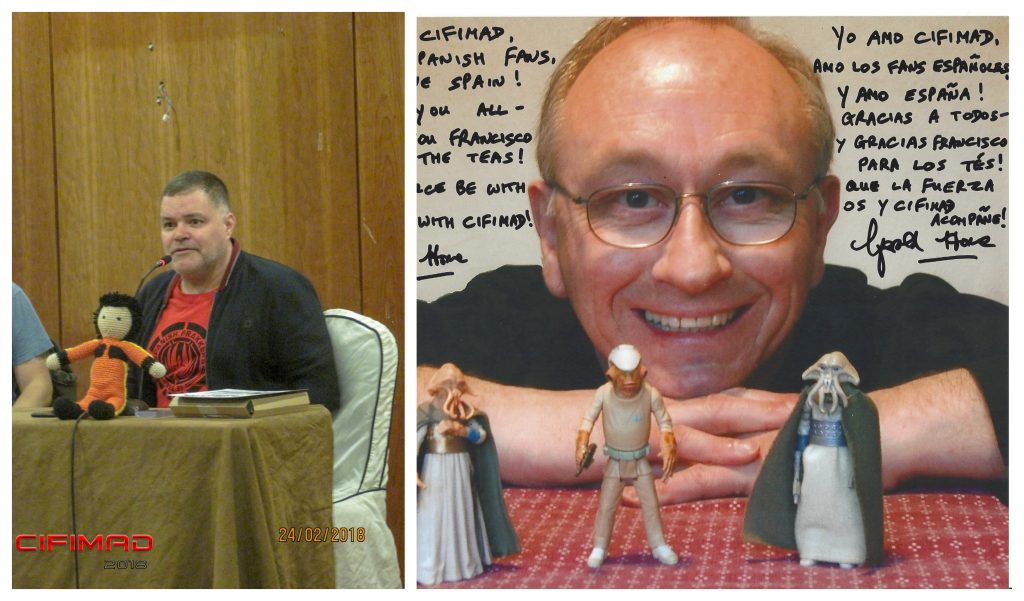 Night parties were specially fun. We cannot get into details, because what happens at CifiMad stays at CifiMad; we’ll only say that the Cifimanos made history. 😉

This time Imar & Esetevé’s video was Cosmo Zapping: putting together parodies of many different television programmes. All participants, including Gerald and Aaron, gave their all to raise the bar year after year. We can say that the idea of a Cifi-Hymn is too good to ignore.

And speaking of bars, we received a lot of comments regarding this CifiMad as our best ever so far. We made it hard for ourselves for 2019!

You can get a better idea of the event reading the chronicles, or watching the video chronicles, written or filmed by some of our attendees. Most are in Spanish but the video interviews with Aaron is in English.